New roles for Board Members

Estrid Due Hesselholt decided to step back as Chairman of the Foundation at the Annual Meeting, held on 6 March 2019. The same goes for Vice-Chairman Jens Moberg, who wishes to focus his energy on his role as Chairman of  the Board of Directors of Grundfos Holding A/S. Both will continue as ordinary Board Members. 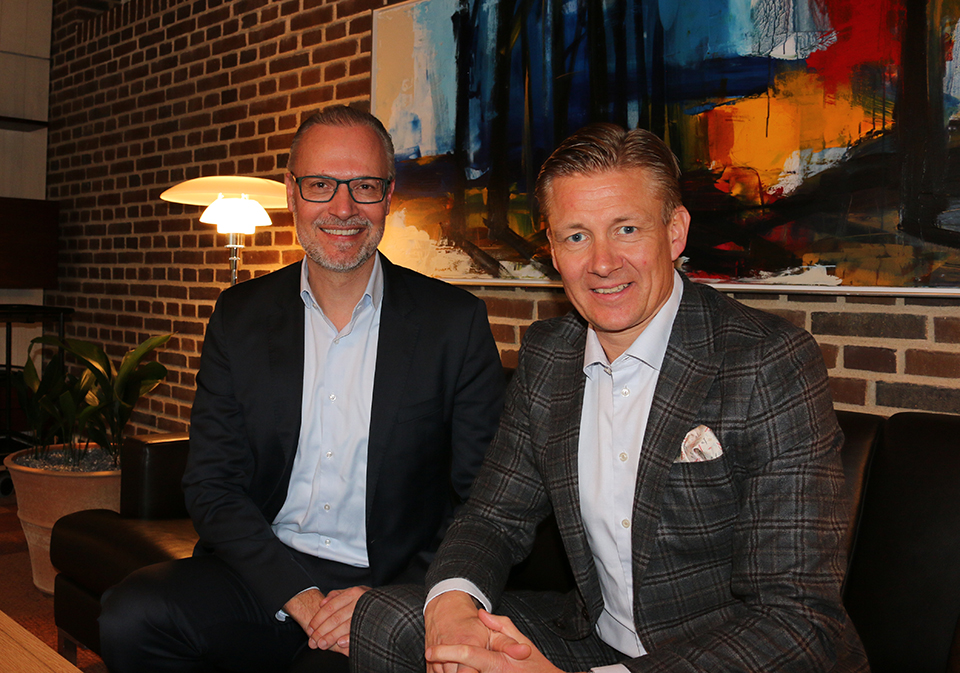 From left: Christian Schønau and Poul Due Jensen form the Foundation’s new Chairmanship

”Since December, I have experienced the Poul Due Jensen Foundation as smoothly run commercial foundation that takes its responsibility of developing and strengthening Grundfos very seriously, while keeping a strong focus on its philanthropic purposes. I am honoured and I look very much forward to continuing this work, ”, says Christian Schønau.

Poul Due Jensen will become the new Vice-Chairman. He is the grandson of Grundfos’ Founder and has been a Board Member since the age of 22.

”It is an honour for me to represent the descendants in the Foundation’s Chairmanship. Since the Foundation was created in 1975, its single most important purpose has been to strengthen, develop and support Grundfos as a healthy business. The family has always sought to fulfil this purpose in the Board of Directors, and I intend to follow this path,”, says Poul Due Jensen.

More about the Board of Directors