Jens Maaløe, Chairman of the Poul Due Jensen Foundation and the Grundfos Prize Jury, awarded the 2019 Grundfos Prize to Professor Morten Mattrup Smedskjær at the prize ceremony in Bjerringbro, Thursday 3 October.
Share:
Print

"The research of Morten Mattrup Smedskjær covers the entire range from deep theoretical analyses via modelling and advanced experimental methods to industrial applications, as evidenced by his high patenting activity. It is a prime example of use-inspired basic research."
Jens Maaløe, Chairman,Poul Due Jensen Foundation.

The Grundfos Prize consists of the sculpture “Be-Think-Innovate” by artist Flemming Brylle and a cash payment of DKK 1 million, of which DKK 250,000 goes directly to the recipient of the prize, whilst the remaining DKK 750,000 is allocated to further research in the field. 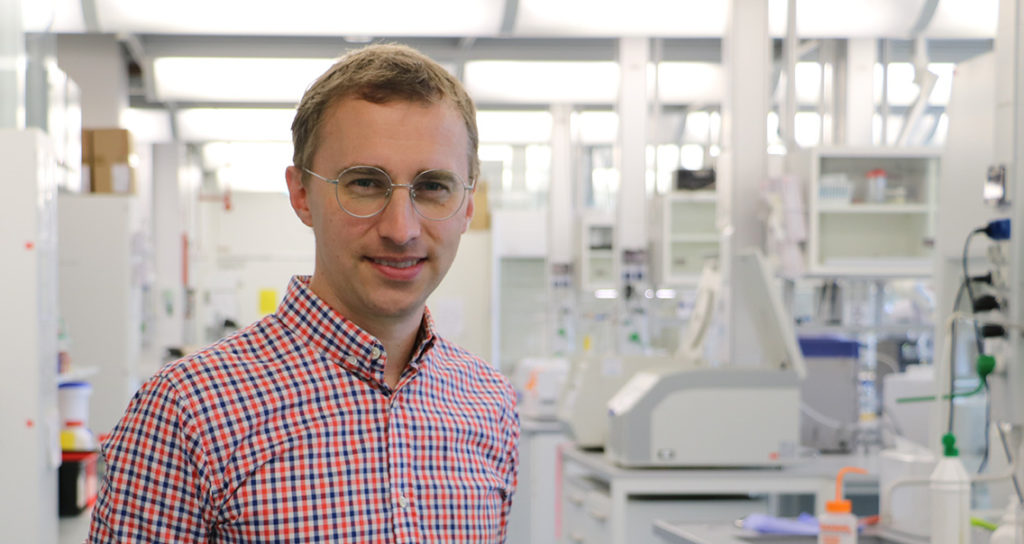 In 2017, the Foundation decided to focus its attention on younger researchers under the theme “Stars of Tomorrow”. Morten Mattrup Smedskjær is the second young technology and science talent to receive the award.

The Grundfos Prize was established by the Poul Due Jensen Foundation in 2001 with the purpose of promoting, acknowledging and supporting national and international research and solutions, which are useful to the community. More information