At Aalborg University (AAU), things are moving. The Smart Water Lab financed by the Poul Due Jensen Foundation is ready for the formal inauguration on Thursday 20 June. The setup with 14 lab modules, each with a specific functionality, will allow the research group to simulate and test advanced real-life water systems as of spring of 2019.
Share:
Print

On Thursday, June 20, the new Smart Water Infrastructure Lab will be inaugurated. The lab will be a flexible testing ground with 14 building blocks which can be used to model different water networks, and PhD associate Jorge Val Ledesma has taken part in the creation.

The lab takes us closer to reality

Jorge Val Ledesma originally came from Spain but did his masters in Control and Automation at AAU. He worked in the private sector for 1.5 years, but the professors brought him back to the university in November 2017 to work on the lab project, first as a Research Assistant, then as a PhD associate.

In collaboration with the professors, Jorge created the designs for all the piping and circuits and validated them through computer simulations before the group asked a mechanical design company and a workshop to produce the modules. It was more complicated to coordinate than they had foreseen in the project plan, but now the lab is coming together:

“It is an interesting and complicated task to build a new lab from scratch. We gave a schematic of the model, what it should contain, (pipes, sensors, fittings) and they gave a shape to the drawings. We developed it in collaboration with the supplier, because some components had to be connected in a specific way, which the supplier could not necessarily know. We had to tell them exactly how we want it,” Jorge explains. 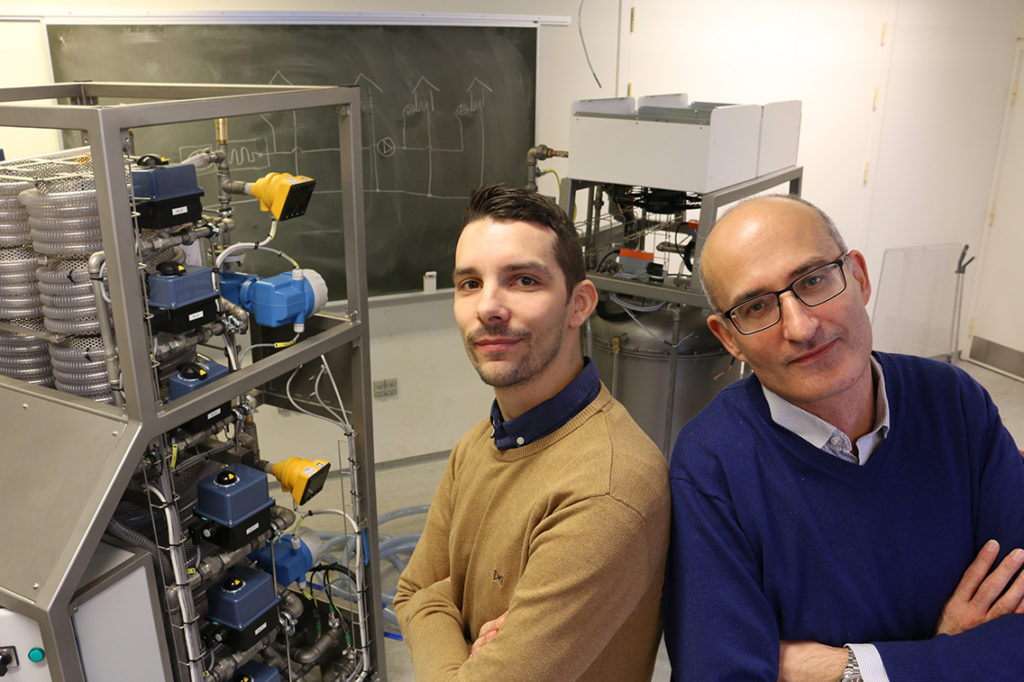 We can study the interconnections

The lab will be a flexible testing ground with 14 building blocks, which can be used to model different water networks. It comprises district heating, drinking water supply and waste water recollection.

Part of the project is to also study the interconnection between different networks. In the last phase of the project, the group will collaborate with water utilities to collect network data. The real-life data will be used to make more realistic experiments. An example could be water consumption, which changes over the course of the day.

“We can simulate the different physical effects that we have in the pressurised (drinking water) system and the open channel pipes that are a bit bigger with open flow,” Jorge says.

The group collaborates with Singapore University of Technology and Design, which has a similar interest in studying interconnections between water networks:

“They have more focus on cyber security, less on hydraulics and control, so we complement each other well,” Jorge explains.

Part of Jorge’s research will look into the reinforcement learning techniques applied within water networks. The aim is for the theory developed to be closer to reality, and the laboratory will provide a realistic environment to test the ideas and theorems:

A lot of water is wasted around the world. Through better control of water networks, we can minimise leakage and control the risk of wastewater contamination.

We support research and learning within technology and science.
See all projects